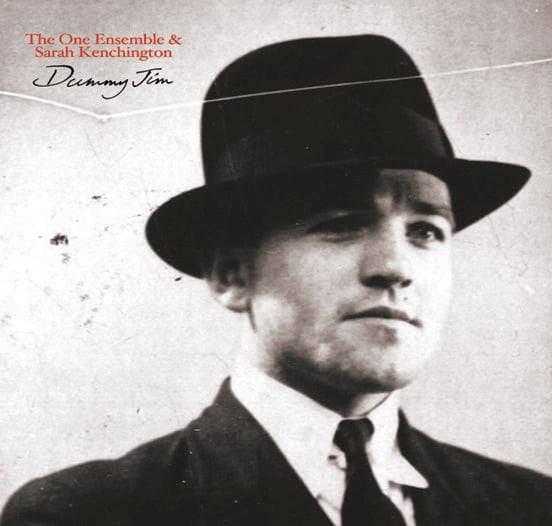 ‘Truly unconventional and memorable. With the aid of bizarre instrument builder Sarah Kenchington, Daniel Padden and his cohorts have created a kaleidoscopic collision of traditional Anglo-folk, free jazz, drone, and deep-seated eccentricity that sounds like absolutely no one else.’ (Anthony D'Amico)

'Present is everything we’ve loved about the Ensemble thus far; the sea-shanty instrumentation (accordion, violin, brass) but also some fine free-percussion & Kenchington’s Jean Tinguely-lineage constructs (which are given their own “spotlights” here & there ; one of the later pieces reminds me of Akio Suzuki’s 'analapos') ... ranking amongst the Ensemble’s finest." (mimaroglu)

'There's a cool back story for this release involving a deaf man who cycled over 6000 miles to the Arctic Circle and back. Seriously man, I can barely get up the hill to Cash Converters on Town Street of a lunchtime so that sounds mental. So Daniel Padden's troupe have teamed up with boutique mechanical instrument-maker Sarah Kenchington for the soundtrack of the film of said back story and the result is this rather charming album, which to my ears often lends the Eastern European-influenced sounds of the Ensemble something of a Dirty Three feel, albeit far more avant-garde. With the the odd burst of gypsy dance energy it's never less than completely engrossing whatever it's up to. Good sh*t.' (Norman Records)

Buy this and ANY other item and save 10% on your order > use discount code ARCTICCIRCLE2015 at checkout.